The Phoenix, our Royal Representative, epitomizes the ideals of the Mystical Order of the Phoenix through her grace, spirit, generosity and love of Mardi Gras. The Phoenix reigns for one year, then is reborn for another Carnival season.

The Phoenix selects two attendants that will comprise the Royal Court .  The Phoenix Royal Court will lead the Mystical Order of the Phoenix parade floats/units during the Sparta/Phoenix Mardi Gras parade.

Are you ready to rise?  Members in good standing can apply to reign as Phoenix.  We are now accepting applications for Phoenix VI (2026 Carnival season) and beyond! 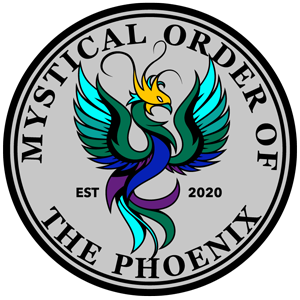